The Digital Delta is a public-private initiative for cooperation in ICT in the water sector. Organisations such as water boards, municipalities, research institutes and companies work together to create a chain of services to improve water management with online digital tools such as flood forecasting, water-stress warning and analytic hydrology tools.

The main objective is to join forces in software services development and operation. Involved organisations appreciate the idea that due to climate change the conditions under which we have to perform water management are changing rapidly. Traditional measures, such as building higher flood defences, larger water storages and higher pumping capacities, will not sufficiently solve the current and near-future water problems. The digital revolution in water management though, allows us to cooperate in an unprecedented way, using the strengths of each organisation involved. By doing so, we can create a digital information chain and we are able to efficiently create new solutions to solve pressing water abundancy and water shortage problems.

Small to medium sized enterprises (SMEs) such as HydroLogic, but also its competitors like Nelen & Schuurmans, play important roles in the implementation of the Digital Delta in the Netherlands. These companies work together with water authorities such as Rijkswaterstaat, Waterboard Delfland, Waterboard Brabantse Delta and water research institutes such as Deltares. One important first step has been to harmonise data exchange, applying standards in digital communication, as well as providing a network of services to give access to local data, perform authentication and authorisation, provide up-to-date catalogues of data sources and build hydrology tools on top of these services.

The standardisation activities enable reuse of developed services of organisations contributing to the Digital Delta, e.g. the access to data sources on premises of a water board via an application programming interface (API) and web service. The application of generic authentication and authorisation principles are designed and provided for the entire water sector, only once. And standardisation of data formats of hydrology tools, which need operational and historic data sets, permits single software development being used in the sector by all.

This creates an enormous efficiency on the long term, estimated to 80% reduction of costs for new software development and maintenance. It furthermore reduces dependability of individual commercial suppliers and creates flexibility for new added-value players to join the cooperation, without having to know all the details of e.g. data access and data security.

Digital Delta: a service network connects water data sources and hydrology tools. Data sources may have different owners, e.g.: governments, institutes, companies. The idea is that these owners have the expertise of data quality, management and access. The applications using the data are provided by added-value organisations who may be experts in various fields of water management, e.g. rainfall, groundwater, water quality, operational water management. Output of one application can be the input for another application due to standardisation and interoperability.

How does the Digital Delta work?

Central idea of the Digital Delta is that various organisations in the water domain create a chain of information services, which works seamlessly in connecting data, information, tools and knowledge on a unified network. To make this work, one set of standards for communication at several levels in the water chain is necessary.

Water boards and other water authorities need to make available their monitoring data in standardised ways. Providers of water satellite data, radar data and monitoring networks such as rainfall monitoring, also provide their data according to the same set of standards. Some of these data are openly available to all and some are licensed and/or restricted for use.

This requires a system where certain parties can be ‘owner’ of the data and others can be granted access. Technologies of authentication (who is the user) and authorisation (what are the user’s rights) need to ensure that data on the network are only shared with those who are allowed so. The unified communication is performed on what we call a service network: a collection of services which ensure secure transfer of data according to a selection of standards (OGC WaterML, SensorML, etc.). To know what is available on the networks, the providers of data and other services make themselves known to decentralised catalogues with meta data of all connected data sources and of applications running on the network.

Sharing data on water-system performance by itself is a big step forward in water management. Water authorities can now investigate and forecast in near-real time what is going to happen in the areas they are responsible for, without having to transfer data on an occasion base.

However, the real advantage to the situation without Digital Delta comes in when applications use the data to create information using hydrology tools. Examples are: current and forecasted drought indices to determine water stress and irrigation needs the next few days; rainfall monitored and forecasted and the associated discharge computation from entire catchment to perform probabilistic flood forecasting; water auditing for agricultural lands to determine excess water use and ensure fair distribution of water.

Visualisations of Digital Delta applications typically use mapping, graphing and dashboarding technologies to permit fast access to details of the data and information. Since the applications on the network support the same set of standards, they can query the catalogues on the network and determine which data are available, which quality standards for these data have been issued and select the best for the particular usage. For example: a researcher of climate effects on precipitation may need aggregated global rainfall monitoring data with a high volume-accuracy, whereas a water board may need local rainfall forecasting data without the necessity of high accuracy of volume, but with precision on location of the rainfall.

During the past few years the three water boards of Noord Brabant province have joined forces in strategic and operational water management. The idea is that water management can be performed more efficiently by having one central place from where events can be monitored, assessed, discussed and the water system can be controlled. The waterboards worked together with HydroLogic to materialise the idea and work jointly on a solution which fits all requirements of various organisational levels in these organisations: from field level to management level.

The first step of the approach was to connect the various databases of the water boards through a Digital Delta service network and create web-services to make these data accessible, without having to duplicate the data. Among others the Aquo standard has been used to create a uniform data access via a web-service (DWS). Data connectors have been created to translate the various formats in the single standard used, including meta-data storage and data exchange API. Typical data shared over the network are: rainfall data (monitoring stations, radar), satellite evaporation data, surface water-level measurements, groundwater level measurements, water quality data, ecological data.

Applications have been built by various suppliers, using the Digital Delta access layer of HydroNET, e.g. to monitor groundwater levels and drought, by Artesia. Also the HydroWatch application has been built by HydroLogic for the purpose of automatic analysis of water-system variables and warning. An over-threshold approach has been followed, which permits to combine various variables monitored and compare them with static and dynamic limits. Using a traffic light approach, thematic maps give a birds-eye view of the current situation in the combined water system of the water boards.

All information is available through web-based applications and personalised dashboards and through smart phone applications. At the field level operators have access to the up-to-date data and information through their phones. In the office operational water managers have access to all observations and dashboards via desktops, tablets and one big overall monitoring screen. 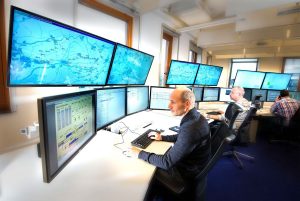 River Rhine, with a large catchment covering parts of Switzerland and Germany, discharges its water through the lower regions of The Netherlands. Part of it flows through the north-western part of the country. These low-lying areas are all embanked to protect them from river water flooding the land and cities. Because of the embankments we call these lower reaches of the Rhine ‘canals’: Amsterdam-Rijn canal (ARK) and the Amsterdam-Noordzee canal (NZK). The protected areas are called polders; independent water-level areas from which water is pumped with polder pumping stations to the main canals.

During situations of high tide on the North Sea, the pumping station IJmuiden discharges all excess water, whereas during low tide, the sluices permit gravity outflow. However, combinations of high discharge of River Rhine and high tide may cause the water levels in the canals to rise rapidly. Moreover, when there is also excessive rainfall in the polder catchments of the north-western part of the Netherlands, the local water boards have to pump water to the main canals at maximum capacity to prevent regional flooding.

The capacities of the canal system are restricted and when there is risk of overflowing of embankments, Rijkswaterstaat issues a ‘milling-stop’ for the polder pumping stations, which are managed by the water boards. This means that these water boards have to stop pumping to the canals, possibly resulting in flooding their areas in situations of excessive local rainfall.

This is a very sensitive issue because of the various organisations involved (one national water authority and four regional water boards), their different interests and their different responsibilities of water management. Till recently there has not been any way to get insight in the load of the water system for the five authorities involved, and clear communication during critical situations of rising water levels in the canals, was impossible.

The limitations of water management became clear in October 2013. Due to very high and rising water levels in the canals a general milling stop was issued by Rijkswaterstaat and all water boards had to stop discharging water. In one of the areas, due to excessive rainfall, local flooding was already happening when the milling stop was issued, creating an even more dramatic situation with a lot of damage.

Careful analysis of the situation afterwards showed that another waterboard in the North had no serious rainfall problems at that time (Fig. #). It was concluded that at hindsight, the milling stop could have been limited to areas where at that time no flooding problems happened, while keeping the situation in the canals safe. This was the reason why all five water authorities joined forces and asked HydroLogic to research and develop a water control room for the entire region.

The water control room consists of an information screen with details of water management in the entire region, i.e. rainfall information, water levels in polders and water levels in canals. All involved parties have access to all information and this permits clear communication on water-system loads, risks of flooding and enables Rijkswaterstaat to issue distributed milling stops, if required so.

The information screen is developed using the HydroNET backend, which connects to the operational FEWS databases of all water authorities to be able to present up-to-date real-time information. HydroNET dashboards have been configured to present different views to each and every person of the organisations involved. This system enables the water authorities to take informed water management decisions.

The technologies applied are meeting the current Digital Delta standards for data access and use, applying restful API web-services. 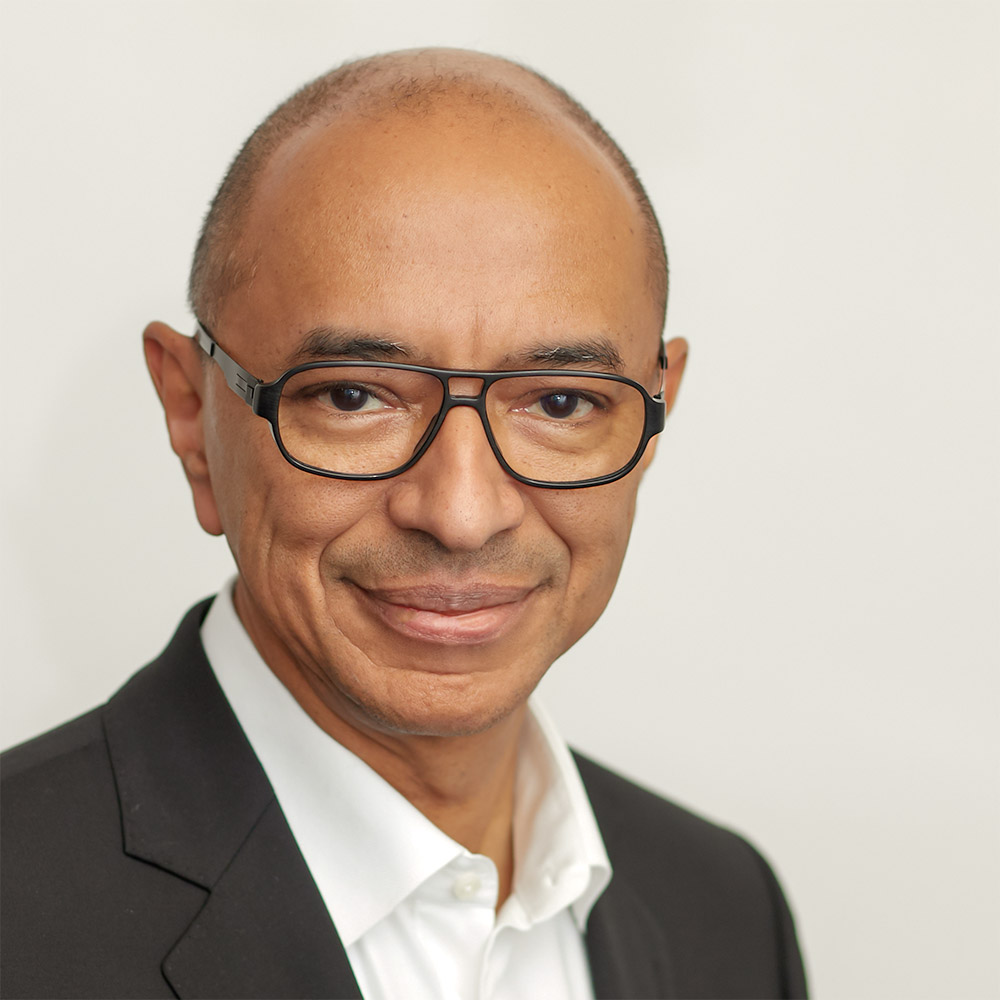 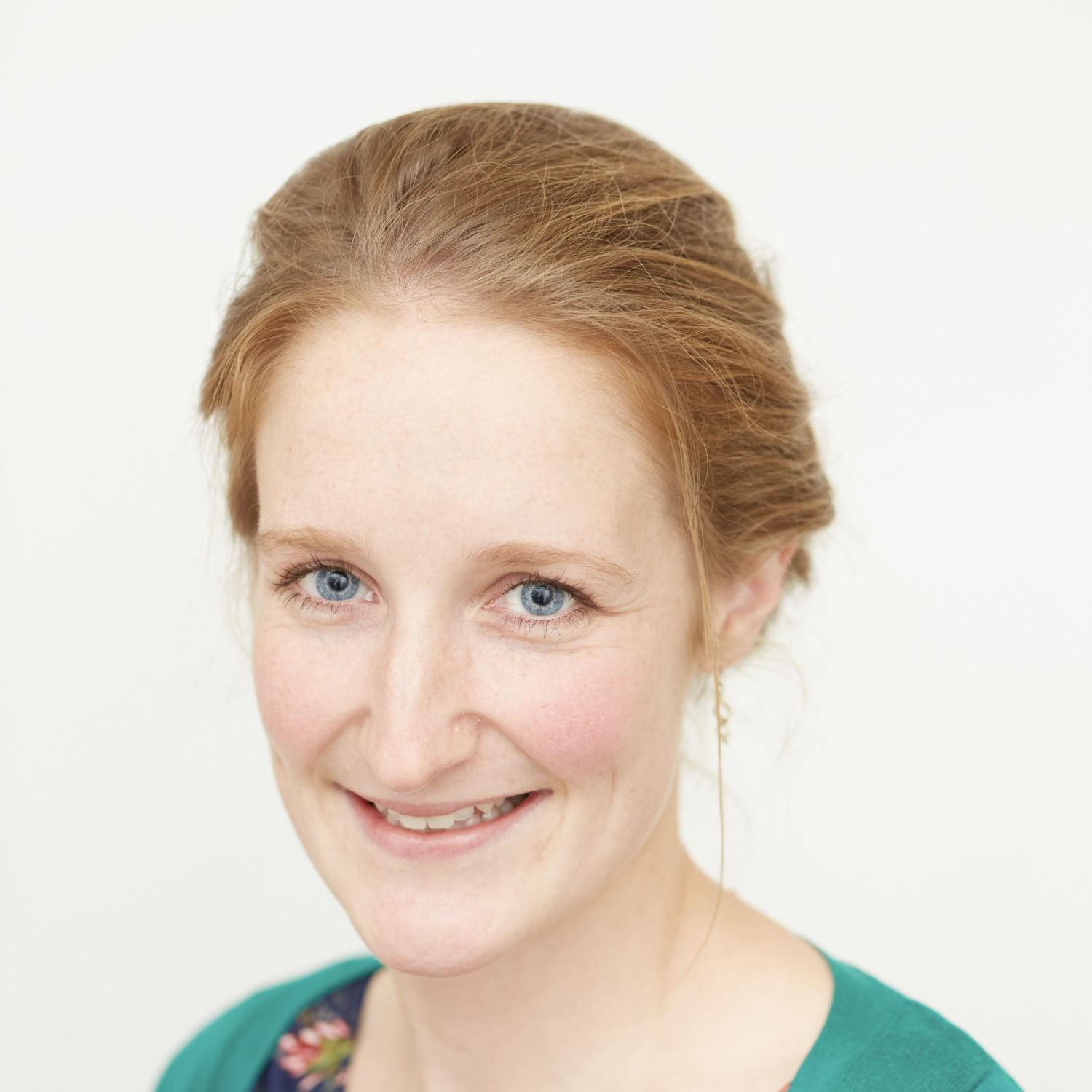